Taking notes when learning something new is a pretty key part of how I learn. It helps me concentrate on the key points, and gives me some quick things to jog memory when reviewing the information later.

I’ve always been a notebook and pen type of guy for this. I have reams of A4 paper covered in scrawls, all of which is ‘filed’ away. Well, I say filed, there’s a couple of large folders roughly labelled “SQL”, “Maths”, “Everything Else”. So of course once I’d read it, it could take a while to find it when I needed it again.

Having become a convert to Evernote I started copying some of the notes over into it so I’d have them to hand wherever I was. I used a mixture of typing them up, and photographing them with my iPhone. Both worked pretty well, with the main limiting factor being my rushed handwriting.

I stuck with typing notes. I found that I could just about keep up with a combination of thumb typing, some swypeing and using plenty of abbreviations. I realised just how much I haven’t ‘programmed’ the internal dictionary for technical terms, so I’ll be making sure to type plenty of keywords till it’s learnt some of the basics. The next event I attend I’ll also give drawing/jotting notes a try, that could be quicker, but may lead to the same handwriting issues as the paper version.

I also found that the tablet itself sometimes made me feel a bit self-concious about taking notes on it. I think this is due to it being something new to me, so I was concious of having to concentrate on using it. Whereas paper and pen I don’t even think about when I’m jotting stuff down.

I still had to do some tidying up of the notes, but could usually do that quickly in the breaks, or while settling down for the next speaker. And after the event I found it handy that I could quickly annotate the notes with Twitter handles and blog links, so when I do refer to the notes I’ve got all that to hand as well.

So overall it was a success, but it’s definitely going to be a process to get this right. 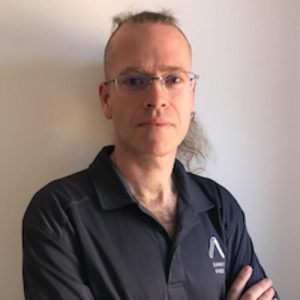 Elsewhere on the Interwebs

Projects I contribute to